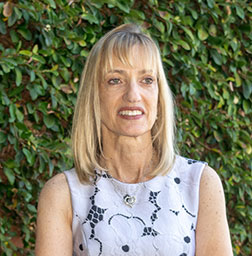 Arna previously practiced as a family law litigator specializing in all aspects of family law. This provided her with the experience in resolving all issues in a divorce, including custody, parenting timeshare/schedules, asset division and distribution, spousal support and child support. She also handled paternity matters which addressed the issues of child custody, parenting timeshare, and child support.

Arna volunteers as a mediator with the Los Angeles Superior Court. In addition, Arna assists the court by working with Pro Pers (people who are representing/defending themselves) in the preparation of Judgments of Dissolution and Judgments of Paternity.

Arna was born in Israel and immigrated with her family to the United States in 1959. Arna attended New York University and graduated from Cal State Northridge with a degree in Mathematics. Arna managed Pillemer & Pillemer’s predecessor law firm for 18 years and subsequently entered law school after raising her family. Arna graduated from the University of La Verne, School of Law in 1998 and was admitted to practice law the following year.