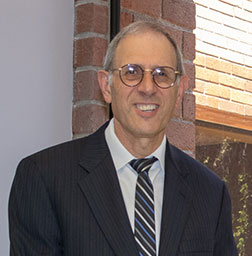 David was born in South Africa and immigrated to the United States in 1973. David attended and graduated from Rutgers State University of New Jersey in 1976 with high honors and distinction in political science.

David has nearly 40 years of experience in the handling of all aspects of civil litigation and business litigation, including subrogation, collection, contract disputes, partnership disputes, defending and prosecuting third party and first party claims, and construction defect cases, with many of them involving condominium complexes. David has handled cases involving property line disputes. David is an experienced trial lawyer, having taken many cases to trial, both before a judge and a jury. David has also handled hundreds of arbitrations and mediations.